This popular competition has now been re-instated after suspension due to Covid restrictions. For those coming to Oulton Park I hope the Juniors will enter the competition, entries to be sent to barcnw+photocomp@gmail.com.

Our sixth race meeting of the season took place at Knockhill on the 18/19 September. There were full grids in most of the races and the racing was close and competitive. We look forward to our next race meeting on the 23rd October.

Welcome to the North Western Centre site. The Centre promotes a very successful Sports/Saloon Championship and provides marshalling, officiating and Rescue Unit opportunities within the North West and further afield. Full details can be found within this site.

If you are a budding racer eager to start competing or an experienced driver with a sports or saloon car of any type then our Sports/Saloon Championship currently sponsored by CNC Heads, now in its 35th season may be of interest.

The 2022 season opener is the next event. Oulton Park will host Round 1 on the International Circuit on 02/04/2022. Having gained approval from Motorsport UK, registrations are now open for the 2022 season, all documentation can be found in the CNC Heads section. 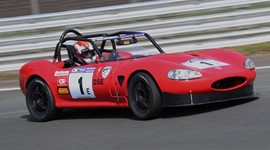 It was Jamie Cryer who took the CNC Heads Sports/Saloon Championship after a last meeting shoot out with Paul Rose and four other competitors. In the end Jamie took the honours and a second successive title. 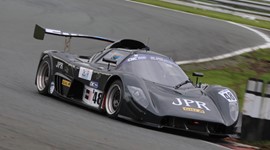 CRYER TAKES THE TITLE, BUT IT’S ANOTHER DOUBLE WIN FOR ROSE AT FINAL OULTON

Despite Paul Rose winning both races at Oulton Park he was thwarted by having too few starters in his class and Jamie Cryer was able to take the title for the second successive year by also winning his class twice and taking two fastest laps as well. Third overall in the title race was Class B regular Jon Woolfitt. The other class winners were Gary Warburton, Ric Walker and Graeme Smith. After our 38th season we can now look forward to our 39th starting in early April next year at Oulton Park.

Jamie Cryer takes back to back CNC Heads Championships

Going into the last meeting at Oulton Park six drivers were in the hunt for the CNC Heads Championship. Jamie Cryer, Paul Rose, Jon Woolfitt, Paul Rotheroe, Paul Dobson and Graeme Smith. After both races Jamie Cryer took the title having won his class and taken fastest lap twice. Runners up were Paul Rose and Jon Woolfitt. 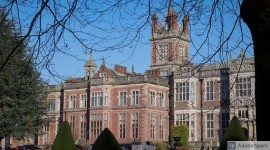 After listening to feedback from marshals, officials, drivers and their guests, the BARC NW Real Night Out Awards Dinner Dance has a new venue. The change in venue comes with a slightly earlier date than in previous years: